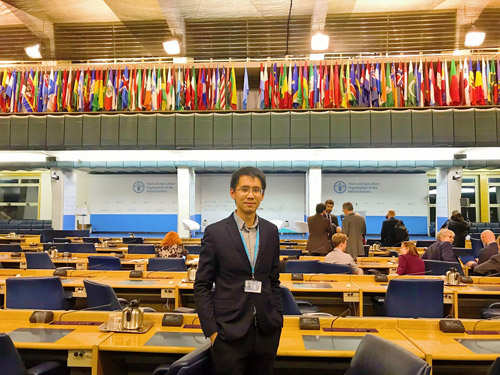 Big congratulations to one of the CES most successful alumnus Weixun Hu for receiving the Schwarzman Scholarship, one of the world’s most prestigious graduate fellowships. The scholarship will allow the students to pursue a one-year Master’s Degree at Tsinghua University in Beijing – one of China’s most prestigious universities.

Schwarzman Scholars Class of 2020 are a group of remarkable individuals. The 147 Scholars (out of 2,800 applicants) were selected through a rigorous application process designed to evaluate academic ability, as well as leadership potential and strength of character. The selection process relied on readers from different regions and backgrounds who provided insights to identify the highest level of leadership and academic excellence across the world. As a Schwarzman Scholar, Weixun aspires to share China’s economic success with other transitional economies, whilst exploring what China can learn from the experience of other emerging markets.

Weixun Hu graduated with distinction from the Centre for Europeans Studies at Jagiellonian University under the IMESS Programme in 2017, during which he specialized in economics and business studies. He currently works at the Office of Chief Statistician of UN FAO in Rome, prior to that he was a Robert Schuman Trainee at the European Parliament in Brussels and served as an Economic Affairs intern at United Nations Headquarters in New York. During his study at CES, Weixun has evolved a great research interest for the understanding of the economic transition in newly-acceded EU member states, which has encouraged him to conduct his postgraduate thesis research on Poland’s prospective accession to the Eurozone. For Weixun, studying at CES is an invaluable experience which has greatly enriched his professional skills as well as widely broaden his knowledge horizon. The Centre for European Studies has offered great academic support, well-designed curriculum along with easy access to endless prestigious lectures and professional networking events, which has prepared him with exceptional research calibre and adept professional skillset to strike a new height in his future career. 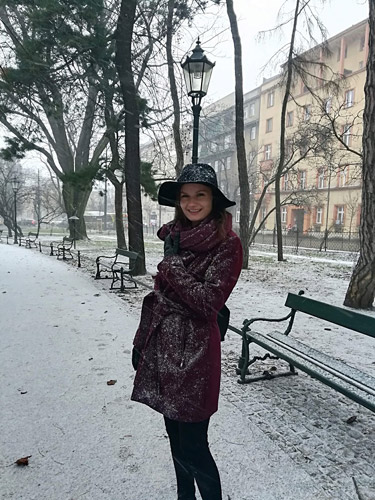 Big congratulations to one of the CES most successful alumna Alexia Fafara for her thesis becoming one of the best master's theses of the Faculty of International and Political Studies of the Jagiellonian University!

A former student at CES and at Sciences Po Strasbourg where she studied European Politics and Public Affairs, Alexia Fafara is studying at the College of Europe of Natolin, specializing herself in European Neighbourhood Policy. Her master's thesis about the civil society's strategies to change the abortion law in Poland, which was supervised by Dr. hab Katarzyna Zielinska, has been awarded as one of the best master's theses of the Faculty of International and Political Studies of the Jagiellonian University in 2017/2018. Former trainee at the European Parliament in 2018, she helped in the creation of the metooep.com blog that aims at raising awareness regarding cases of sexual harassment in the European institutions. This year, her master’s thesis focuses on Frontex’s decision to create a gender policy. Best of luck to her! 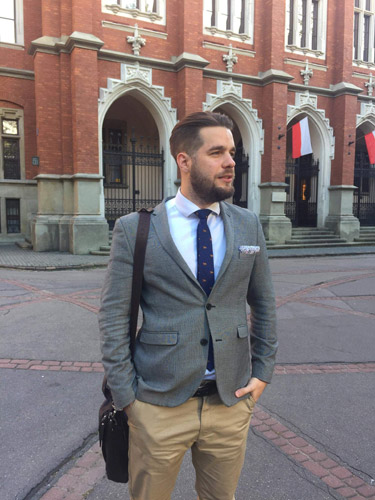 Big congratulations to one of the CES most successful alumnus Aron Kerpel for being selected to the European Commission's Junior Professional Programme.

After graduating in Economics and Management in London, Aron worked at one of the largest banks in the United Kingdom for two years. During this time, he realised that his true interest lies in researching the political and economic issues of the CEE region, in relation with the EU. Consequently, he joined a double-degree programme of University College London and the Jagiellonian University; IMESS. During the second year of the IMESS programme, he joined the CES community, where he had a chance to familiarise himself with the institutions and decision making processes of the EU, as well as with European culture and symbols. After his degree, he joined the European Commission on a traineeship in the Directorate General for Regional and Urban Policy, where he was able to build on his knowledge obtained during his post-graduate studies. At the end of the traineeship, Aron was selected to the European Commission's Junior Professional Programme, which he is currently completing. 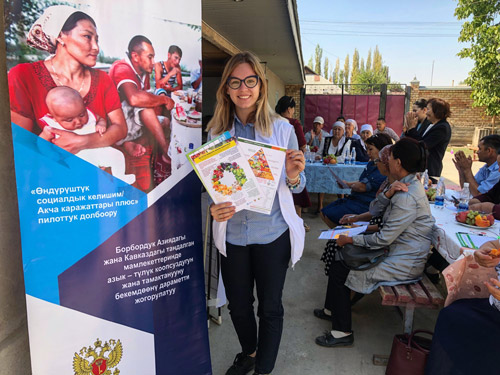 What’s the relation between Eurasian security, food and agriculture? You may think there’s none. And what’s the link between social science and poverty? Oh no, it is not what you may think. In fact, all those concepts are interlinked and that is what some CES alumni juggle with after graduation (except for actual poverty, of course).

Meet Karina Levina, who graduated with distinction from the Centre for European Studies at the Jagiellonian University under IMRCEES Programme in 2015, during which she specialized in Eurasian security studies. However, instead of pursuing her career in hard security dimension, she looked at the area from a more down to Earth perspective, arguing that without basic income and food supply security at the household level there cannot be national, regional or global security. Currently working as a Social Protection Officer for Food and Agriculture Organization of the United Nations, with duty stations in the Kyrgyz Republic, Karina assists the countries of Europe, Caucasus and Central Asia in fulfilling their security obligations towards their population with regard to food and nutrition, as well as supports the elimination of rural poverty, the major break to a country’s sustainable and inclusive growth.

“I work in a variety of areas, from subsistence farming to small-scale fishery, moving from field level activities to policy work and trying to integrate food security and nutrition considerations in the design of respective interventions. You really have to be creative at time to make those not always obvious linkages work, while solid in your knowledge of related technical aspects and critical to what is realistic in certain conditions. In this respect, studying at CES taught me how to balance those three: sharpen my understating of specific subjects in no time, while exercising critical thinking and coming up with unconventional solutions coming from the perspective of social sciences. I believe CES provides its students with unique skillsets that allow them to find their perfect workplaces far outside of what one thinks social and political science alumni would do”. 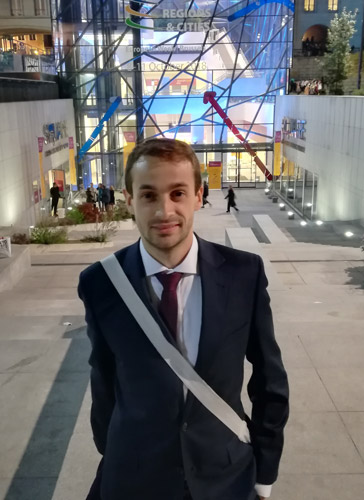 Florian graduated with distinction from the Centre for European Studies at the Jagiellonian University under the scholarship IMRCEES Programme in 2015. Shortly after he was selected for a traineeship at the European Commission and arrived after a few months to become the press officer of the regional policy department of the Commission, where he has been working for the past 3 years. In his job, Florian engages with journalists and future journalists from all across the continent to show what the Union is doing for Europeans in their regions. He takes great pride in his work as it is essential in revealing what the EU is about: if we want for the most successful peace project in history - the European project to continue we must talk about it and its achievements.

"I am thankful to the Centre for European Studies for being the place where I could complete my education about Europe and its neighborhood. Thanks to it I was able to grasp both what the European project has helped achieve and where we could stand should this project be left to crumble."